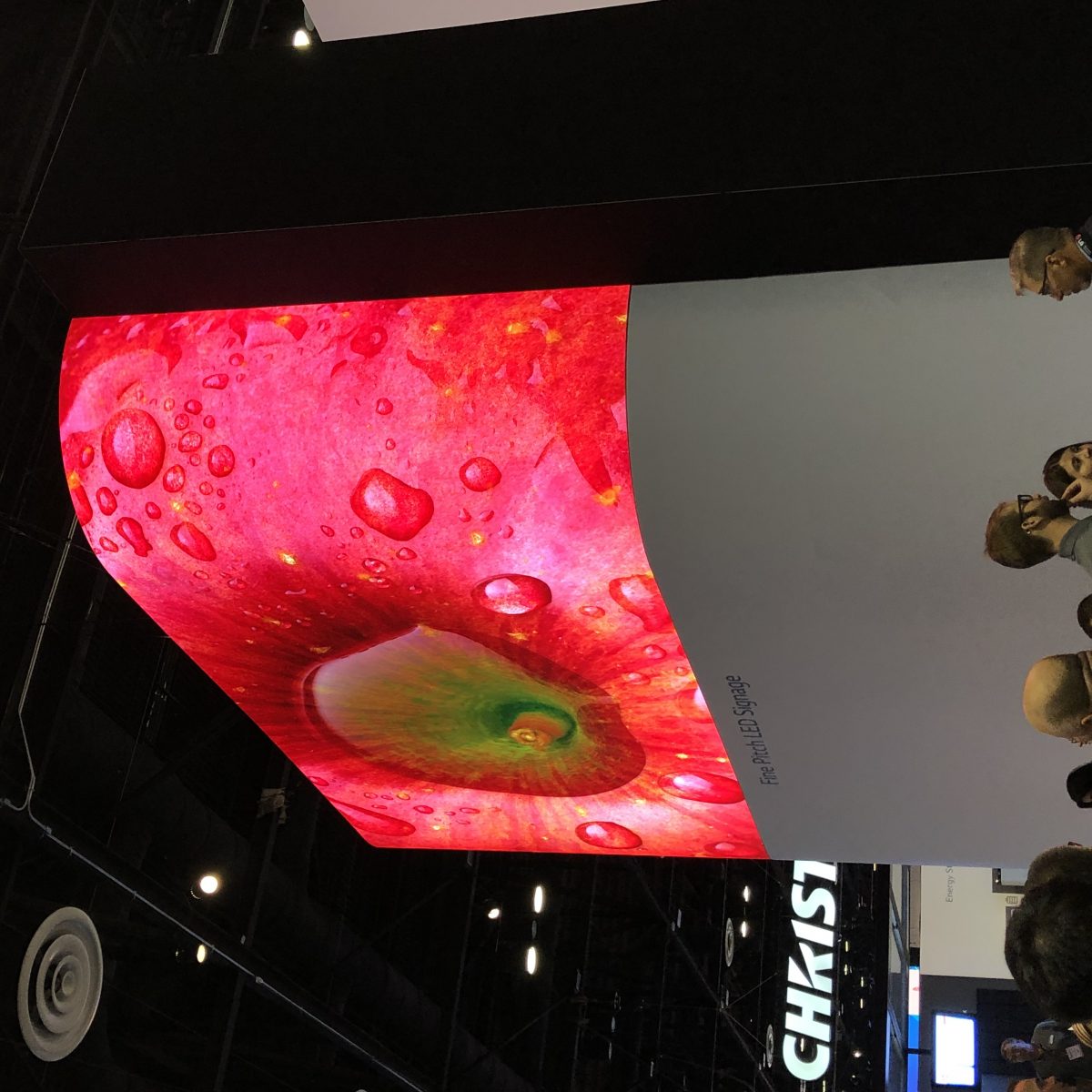 TRAVHOTECH attended the annual InfoComm tradeshow and conference in Orlando FL. in June as a guest of AVIXA, the organizing body who are developing a hospitality track for the tradeshow.

InfoComm is the major trade event for the Audio and Visual technology community. Any vendor who plays a part in this industry attends and the event showroom floor hosts over 900 exhibits and is visited by 40,000+ attendees each year. The tradeshow floor is so large that it is divided into technology sections – Audio, Visual, Lighting, Staging, Meeting Rooms and Collaboration & Video. It would take days to visit the entire show floor. Beyond the exposition a full program of education is provided for attendees. Vendors deliver structured training and certification programs for industry technical resources on their products.

Owners and Hoteliers should be excited about the efficiencies of design and build cost, single infrastructure, consolidated technology data centers releasing space back to the operation for revenue generation, designed, pre-configured Audio Visual environments, and the operational improvements that will arise through software based management and oversight of this part of the operation.

This was not our first visit to InfoComm, The trade show locates between Orlando and Las Vegas every other year. I regularly attended the Asia Pacific installment in Singapore when living in the city.

TRAVHOTECH has been keenly interested in Audio and Visual technology and the emerging opportunities for hospitality for many years. Predominately due to earlier experience and convergence of other originally separate or disparate technologies.

Once upon a time there were multiple ‘data’ networks in hotels. Data, Voice, Video, Audio. Each with it’s own language, technology, idiosyncrasies and infrastructure. It made for a very expensive building environment and largely manual manipulation and management of the technology. Gradually, each of these technologies converged into a data network distribution structure. From a cost of build, management, deployment and efficiencies perspective each shift represented major transitions for construction, technology and business operations.

First voice through Voice Over IP, then the migration of video from Coaxial to the data network. The final frontier is Audio. AoIP.

For the uninitiated it can be a daunting field. Audio technology has been a unique world full of unfamiliar cabling infrastructure and connectors. Equipment with multiple dials, buttons, slide switches, lights, monitors and a language all of its own. Normally individual set-up and pull-down for each space and use case and technicians who looked like..audio and visual technicians. As a technology leader, for many years I omitted Audio from scoping and design because as technologists we could not effectively manage the environment via information technology. Then along came a technology called CobraNET and the industry also progressed with software based management platforms. Time to dive in!

The major takeaway for Hospitality IT professionals is that through AoIP the final frontier of a fully converged data environment has been reached. The end result will be far more flexible spaces and a higher quality homogenized guest experience supported through modern technology design and deployments.

From an information technologist’s perspective the major change in the Audio technology industry is the adoption of data networking protocols for the distribution of audio traffic or AoIP. It is now possible to deploy significant parts of an audio environment over Ethernet. There are still some limitations for high powered loudspeaker equipment and venues, which may always remain. However, many loudspeakers can now be directly connected to structured cabling and managed network environments. The leader in this space is Audinate, via their Dante AV networking protocol although there are other competing protocols.

In the background management platforms for audio equipment have also become software enabled. This does not fully remove the need for high end audio mixing and producing equipment for certain circumstances. It may never fully do so. Although, it is now possible to pre-configure audio environments for a variety of circumstances to suit the use of a space. Migrating controls and configuration to a GUI based software application means that now persons other than an audio technician can easily make adjustments with a level of understanding. More importantly rooms can be pre-built with relevant installed audio equipment and then programmed for the sound and acoustic characteristics of different spaces and use cases. Consider a ballroom that needs to handle theater style, dinner-dances, trade shows and so forth.

The major audio equipment manufacturers provide a range of equipment capable of supporting the smallest and largest venues. As loudspeaker equipment, amplifiers and digital signal processing technology have become intelligent the technology is self- learning through the configuration and tuning process. Intelligent loudspeakers now detect the level of ambient noise in a space and automatically adjust volume for balanced audio output. Leading vendors provide software based user interfaces and wizards for configuration of equipment. A session in the purpose built demonstration theaters such as Bose Professional’s exposes the full range of capability in modern loudspeaker technology.

Audio and Visual technology also now has it’s own Asset and Service Management platform. Think ITSM for Audio Visual operations. AvaStar has brought to market a software platform that provides across enterprise visibility, maintenance and servicing capability for the AV environment.

I could go on. Lighting equipment and design, Network Video, Collaboration spaces, Displays and Digital Signage and more.

The major takeaway for Hospitality IT professionals is that through AoIP the final frontier of a fully converged data environment has been reached. Owners and Hoteliers should be excited about the efficiencies of design and build cost, single infrastructure, consolidated technology data centers releasing space back to the operation, built in pre-configured Audio Visual environments and the operational improvements that will arise through software based management and oversight of this part of the operation.

The end result will be far more flexible spaces and a higher quality homogenized guest experience supported through modern technology design and deployments.